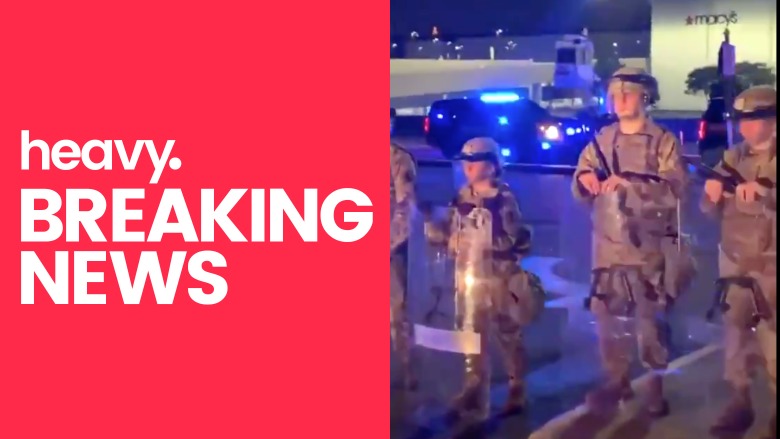 A video shared on Twitter showed what appeared to be children soldiers outside a riot at Lenox Mall in Buckhead, Georgia. They were really adult members of the Georgia National Guard.

A video that went viral on social media that users claimed showed a “child militia” at Lenox Mall in Atlanta, Georgia, really shows adult members of the Georgia National Guard, according to the Atlanta Police Department.

John Chafee from the Atlanta Police Department’s Public Affairs Office confirmed to Heavy via e-mail that the viral video shows adult members of the Georgia National Guard, not children. “The picture

National Guard Called In To Quell Violence In Los Angeles

Mayor Eric Garcetti said he asked Gov. Gavin Newsom for 500 to 700 members of the Guard to assist the 10,000 Los Angeles Police Department officers.

“The California National Guard is being deployed to Los Angeles overnight to support our local response to maintain peace and safety on the streets of our city,” said the mayor, who ordered a rare citywide curfew until