MILFORD — After a century in business, Arciuolo’s Shoes continues to innovate.

“There’s a lot of tradition that goes into a business like ours but there’s also got to be constant updates as well,” said Matthew Joseph Arciuolo II. “The reason why we are still here and a lot of stores similar to us aren’t, is that we will keep our head on a swivel. We are constantly staying on top of what people are buying and making sure that we are as convenient and helpful as possible.”

Arciuolo’s is celebrating its 100th anniversary this year. In addition to being a Milford landmark that competes with chain stores and online sellers, the Milford institution has become something of a social media rite of passage.

“My kids got their first shoes there, and that was where they took their first steps in shoes,” said Economic Development Director Julie Nash. “Now the thing to do is take a picture and put it on Instagram – first pair of shoes at Arciuolo’s.” 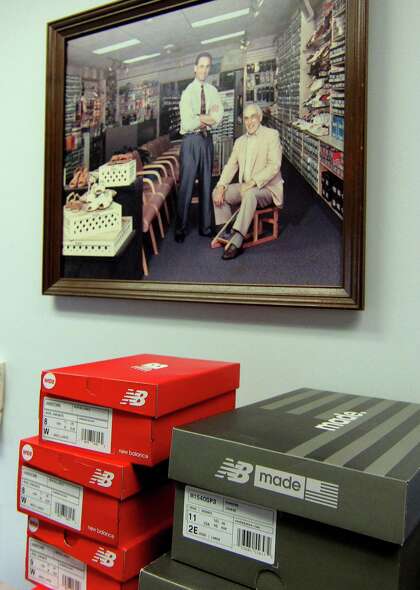 In 1920, Francesco Arciuolo, his wife Pauline and their firstborn son, Matthew Joseph Arciuolo, moved from Italy to Bridgeport. A year later, Arciuolo’s Shoes was started, in Milford, on Naugatuck Avenue. The store moved to its current downtown location in 1989.

“I think about this every day, but this is an actual legacy that my grandfather left,” Arciuolo said. “He made such an impression on these people that they have been coming back. My father continued that good impression and I hope I’m creating an experience that they have come to expect from a small business.” 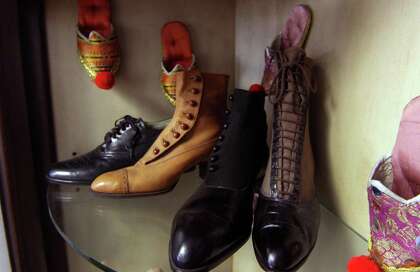 He noted that Arciuolo’s Shoes is one of the only stores where he can say that it has had four generations of customers. The store also spans multiple generations. Arciuolo, 31, has been working in the store since 2015.

“Sometimes customers come up to me and say that this is where their grandmother got her first pair of shoes,” he said. “We owe so much of our success to our amazing and loyal customers. It’s humbling to be part of a business that is larger than yourself.”

Simon McDonald, marketing director for the Milford Chamber of Commerce, has accounted for two generations of customers himself, although not in the usual order. 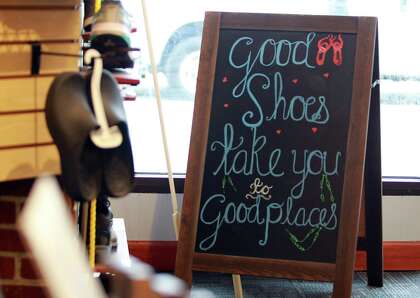 “We took our children there for the school shoes every year,” he said. “Now, when I need orthotics and custom-fit shoes, that’s where I’m going.”

When Arciuolo’s Shoes first started they specialized in shoe sales and repairs, but as the years have gone by, shoe repair has decreased, although the store will fix damaged or worn shoes. 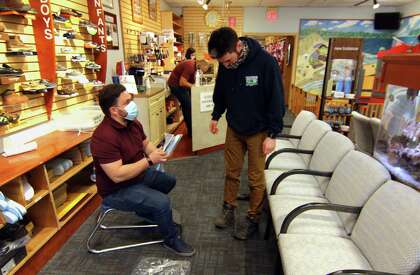 Throughout those 100 years of business, Arcuiolo’s Shoes has had to figure out how to stay open during several major events.

“We’ve survived the Great Depression, World War II, economic downturns and every major conflict of the last 100 years,” said Arciuolo “Every single time our business was faced with challenges, we’ve adapted, we’ve kept our head on a swivel and have been proactive.”

“They survived the big boxes and online sellers, the how many shoe stores are in the mall?” he said. “It’s really exciting to see a local business still there and still such a big part of the community.”

Nash, who helps local businesses compete with online sellers, said Arciuolo’s has always done exactly what she encourages new businesses to do. 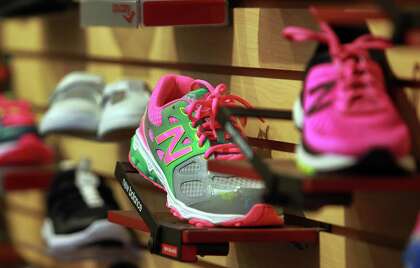 “When you shop online or in a big box, you don’t get greeted by someone who knows how to fit you,” she said. “There’s a play area in the back so one kid doesn’t have to sit and wait while the other one gets fitted. They create an experience that can’t be duplicated online.”

After years of fending off online competition, though, another challenge has Arciuolo’s moving into online sales too.

“COVID forced all of us (business owners) to adapt to it very quickly,” said Arciuolo. “I told my father (Matthew Arciuolo Jr.) that COVID forced the retail industry to evolve 10 years in a matter of months. It became apparent that some people still might not feel comfortable coming into the store for a while, so we needed to pivot very quickly.” 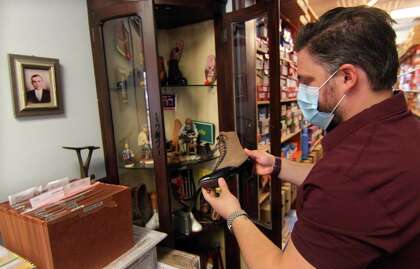 The result was an online store that retained its local customer service. The staff uses the website to answer questions from customers who want to shop local but don’t feel comfortable coming into the store, Arciuolo said.

“If they are a previous customer, we can look back at their purchase history and make more of an educated recommendation for them,” he said.

With all the changes in the store, Arciuolo said he was looking forward to many more years in business.

“It’s been a cool ride. We are constantly growing and we are very blessed to continue to enjoy success even in this climate,”he said. “We can’t wait to serve you for another 100 years. We are just getting started.” 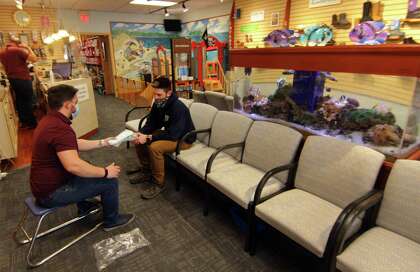